Posted on May 5, 2014 by Subterranean Cinema 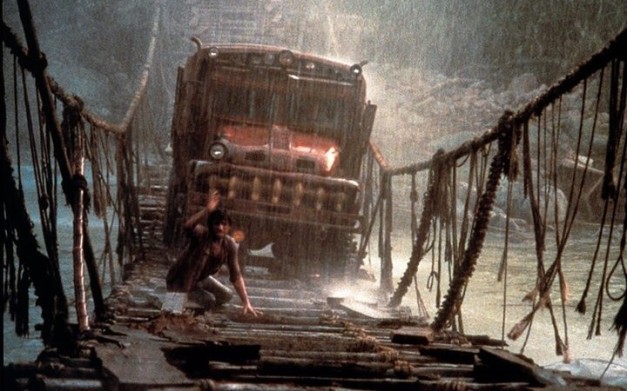 Hymns/Spheres is an album by American pianist Keith Jarrett released in 1976 by the ECM record label, recorded at the Benedictine Abbey in Ottobeuren, Germany. This solo album consists of improvisations on the massive Karl Joseph Riepp “Trinity” Baroque pipe organ.

The original double vinyl album was not reissued on compact disc until 2013. There is also a CD (Spheres, ECM 1302) with a selection of tracks: Spheres (1st, 4th, 7th, 9th Movement).

The 3rd movement was used in the movie Sorcerer.[2]

It was NOT included on the film’s official soundtrack, which was made up exclusively of Tangerine Dream tracks. However, it was probably the most memorable piece of music in the film. Here it is, in a set of two mp3s. The first is an edit consisting of just the segment used in the film. The second is the complete track.

As a special bonus, here is a scan of the original Walon Green screenplay, with MANY scenes and dialogue passages that didnt make it to the final print.